Start a Wiki
Five Nights at Red's 2: Grand Re-Opening! is a horror, survival, point-and-click game and a sequel to Five Nights at Red's. Much like the past game, it recived a T rating due to extreme content. The new protagonist's name is Jeremy Pigzgerald. Same as FNaR1, you have to survive from 12AM to 6AM without being caught by any of the animatronic birds. It is as well the second game in the Five Nights at Red's series.

Jeremy Pigzgerald gets hired at Red Fazbird's Pizza as a security guard for the night shift. During the night however, the animatronic birds become active and Jeremy must survive the week.

Surviving the 6th Night, he gets another paycheck.

Five Nights at Red's 2: Grand Re-Opening! is a horror, survival, point-and-click game just like Five Nights at Red's. There are no doors, so you have to wear a Red Fazbird mask in order to trick the animatronic birds into thinking thay you are one of them. There is a "music box" in the Prize Corner that you frequently have to wind up, as it will draw all animatronic birds towards it, except one. If you fail to wing the music box, you will be introduced to Krystal, who takes the role of the Marionette/The Puppet and there is nothing you can do to stop him.

After beating night 5, the player gets a star on the main menu screen as proof that they've beaten the game, but not just yet as there is a 6th Night. This is even harder than Night 5. Beating it awards the player a second star, plus the Custom Night, where you can set the AI (artificial intelligence) of the animatronic birds. To get the third and final star, you must enable 20/20/20/20/20 mode. 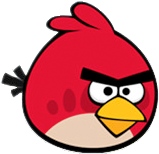 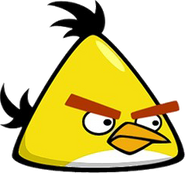 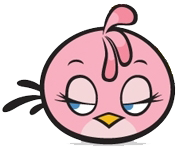 Bubbles as Foxy/Hal's Parrot (no Foxy's Parrot in original FNaF(2), but was added anyway) 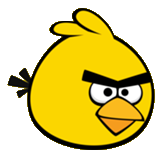 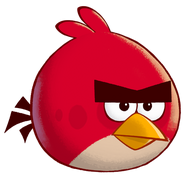 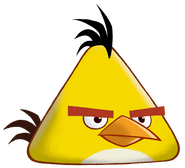 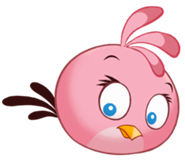 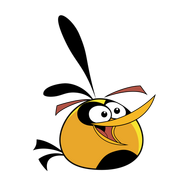 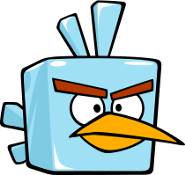 Krystal as The Puppet
Add a photo to this gallery

The main menu screen after beating the game. There is a star for proof and 6th Night is unlocked.

There is a second star after beating 6th Night. This also unlocks Custom Night.

To get the third and final star, you must set 20/20/20/20/20 mode on Custom Night.
Add a photo to this gallery
Retrieved from "https://angrybirdsfan.fandom.com/wiki/Five_Nights_at_Red%27s_2:_Grand_Re-Opening!?oldid=9694"
Community content is available under CC-BY-SA unless otherwise noted.